A Day in the Life of a Bartholin's Cyst

I've had this lump on my bathing suit line/lower labia majora for the past month or two. I also had it last year, but it went away when I stopped working out. The lump was soft, small, and didn't hurt when I touched it. It also appeared almost instantly overnight, so the possibility of a terrifying tumor was slim to none. With that said, I took my sexual health into my own hands and scheduled an appointment with my doctor ASAP.

"Yep, that's your Bartholin's Gland" my doctor said. It's primarily responsible for vaginal lubrication. She continued that it was a common place for blockage, and mine only had a little bit of fluid in it, and with plenty of heat (hot tubs, baths, heating pads) while eliminating certain forms of exercise (no stationary bike), then it should go away. But if it got worse, it wouldn't be a pleasant thing...

It wasn't more than 2 weeks later, and the lump was practically non-existent. Off with the heating pad and on with my normal life (still no stationary bike). Smooth sailing ahead for me...

Until last Friday morning, that is. I'm not sure if it was the night out with the girls, or the fun playtime that followed, but something irritated this thing, and all of the sudden it's  swollen and more noticeable. Over the next few days, I attempted to apply more heat combined with less exercise, and still it continued to grow. By Sunday morning I was pretty convinced I'd have to go to the doctor on Monday, but by Sunday night I was crying from discomfort and off to Urgent Care.

My lump had become a cyst, called a Bartholin's Cyst, but was also on it's way to Abscess land. Ewww.... They didn't have the right balloon-style catheter at Urgent Care, so they gave me a prescription for some pain meds for the night, and then come Monday morning, it was off to the Gynecologist for me.

What happened next was a minor surgical procedure that was painful yet bearable, although I'm starting to think I have a high tolerance for pain. With my rainbow sock-bearing feet in the stirrups (yes, I kept them on for good luck), I was injected with Lidocaine, which hurts right up until the point when it kicks in. I could still feel uncomfortable pressure against the Cyst, but was numb to the incision as they cut me open to drain the thing. I DID, however, feel a warm rush of fluid down my bum. I didn't look up, but I knew it was all blood and nasty fluids. And there goes your appetite ;)

Next step: put the catheter in. It's a balloon-style catheter that allows the gland to heal more efficiently. The good news is I don't ever have to have it changed. The bad news is I keep it in for 4-6 weeks! Yes, there is a  1+ inch open-ended plastic tube coming out of my labia.

Recovery has been quick, but uncomfortable. It's hard to find a sitting position where I don't feel like my vag lip is caught on something. My sex life has also been affected. Not only am I healing from a minor procedure, but I also have a super sexy tube running right next to my bits. Time to start getting creative by finding new ways to play.

Moral of the story? Go to the doctor ASAP whenever you suspect something's up with your body. That, and don't cross your legs all the time, or ride horses, or bikes. These are the (unproven) theories we 'Barthloin's' people blame for our condition ;). 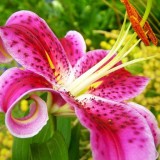 Wow thanks for sharing. I wish you a speedy recovery. Knowing ones body and sharing all the weird things that can happen to it is always a good thing so others don’t feel alone or embarrassed when something like this happens to them. 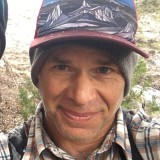 Hang in there Amy. I think it’s commendable that you share the not-so-fun along with the fun stuff. It’s all educational and may help those too shy or freaked out to seek quick help when they should. Hope you’re over it quickly…